It’s January in Minnesota, and there’s no snow, but it got cold and windy today. Seems like a nice chilly night for a summery poem by Mark Twain.

Well, it’s not really about summer, but that’s perfectly fine. Even better, I think Twain would like that I’m reading this particular poem of his on a cold winter night, over 100 years after his death. (Reminds me of his comment about visiting Duluth, MN:  “The coldest winter I ever spent was the summer I spent in Duluth.”) But the poem: 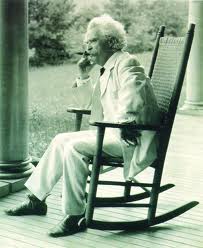 “Contemplation On Rain And Religion” by Jeff Gundy

(I’m borrowing the following poem from the December 2011 issue of The Sun Magazine.)

“Contemplation On Rain And Religion” by Jeff Gundy

I’ve decided that I’m religious but not spiritual. –Gregory Wolfe

I always feel more religious in the sunshine, especially if it’s not hot and the place is pretty

and most people can’t afford to get there or just don’t bother. Morning has broken and all that.

And so the rattle of rain on the tarp doesn’t really make me count my blessings, the stray drops

than yesterday does not make my heart leap up. But I know that one day I must learn

to give up for good on getting dry, to love the hiss of water meeting water,

the gray lake accepting the gray rain, so little between them, our slender place

between the great sky and the stones. Hold tight, I tell my heart, here we go. 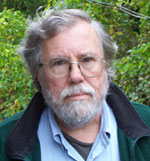 “Previous Love” by Keith Althaus  (from The Sun Magazine, June 2011)

Previous love,
think of the sky
above us still,
the parade
of clouds here,
the starlit evening
there, and this one
breath expelled
that you might
catch someday
on a street corner
after its long journey
across miles of ocean,
fields, and woods
that comb it,
take out the scent,
the taste, the sweet
stuff, until
there’s nothing left
of me or this place,
or just enough
to make you think,
standing on the curb
waiting for me and the light,
of me, and us.

One of Roy Blount Jr.’s funniest collections of poetry is titled I am the Cat, Don’t Forget That. One of my favorites goes like this:

When I purr
Don’t infer
It’s because you pat.

No, you pat
Because I purr.

I am the cat,
Don’t forget that.

I thought of that poem the other day when my husband came home from a routine dentist appointment. We’ve both been going to to the same dentist for 6 or 7 years, and during most of that time, we carried dental insurance through my previous sales  job. (Believe it or not, as a public school teacher, hubby does not have dental insurance available to him through his employer. Technically, you can teach without teeth.)

As of January 2010 when I started my new job, we judged it too expensive to carry dental insurance for a spouse–my new employer is smaller, and stingier than, my last 2 previous employers, and dental insurance is really, really pricey. So, hubby doesn’t have dental insurance. He realized, however, that this doesn’t mean he shouldn’t go to the dentist regularly. The dentist always tells you to get your teeth cleaned every 6 months to prevent tooth decay, right? So hubby made the appointment and showed up for his cleaning, checkbook in hand so he could pay for the appointment that day. (I know, who still writes checks!? Another post.)

Once at the dentist’s office, he got situated in the patient’s chair and the hygienist came to clean his teeth. She said they’d do x-rays first, which they usually do once a year. Hubby said politely, “actually, I’m just here to get my teeth cleaned. I don’t want x-rays.”  The rest of the conversation went sort of like this:

Hygienist:  Oh, well, you have to get your teeth x-rayed today. It’s been a year since you’ve had x-rays.

Hubby:  I just want to have my teeth cleaned. I don’t have dental insurance right now, and I don’t want to pay the extra cost of x-rays just now, so I’ll pass on the x-rays, please.

Hygienist (confused):  Oh, no, you have to get x-rayed.

Hubby:   But don’t I need a 6-month cleaning? You’re the ones who called me to set up this appointment. I just don’t want x-rays right now.

Hygienist (befuddled):  But, if something goes wrong with your teeth, you could come back and sue us because we didn’t do x-rays.

Hubby (he gets it):  Well, I promise I won’t sue you. Should I sign something?

At this point, an entire conversation began with other employees at the dentist’s office in order to determine if it was OK to clean hubby’s teeth and not do x-rays. Finally they agreed to clean his teeth (gee, thanks) but he had to “promise” (no signature required, apparently) not to sue the dentist if something goes wrong with his teeth.

Could this really be the first time anyone ever refused x-rays at this dentist’s office? Three or four dentists work there full-time, plus hygienists, office staff, etc. so this isn’t a start-up business with inexperienced people. It seems unlikely that no patient had ever refused x-rays before.

And isn’t “I want to keep my medical costs down” a good reason for refusing x-rays, but for sticking with routine preventive care?

If a patient doesn’t want x-rays (for whatever reasons), is he or she still entitled to a routine teeth cleaning?

Or isn’t getting your teeth cleaned really that important? Maybe dentists’ offices make a lot more money on x-rays than they do on routine cleaning. Maybe they’re not really there to clean our teeth but the whole teeth cleaning thing is just a ruse so they can make money off of x-rays. It seems unlikely, but they sure were upset that hubby didn’t want his x-rays.

Anyway, hubby got his teeth cleaned and got no x-rays. It seems right, since he’s the patient, although the dental hygienist forgot that. 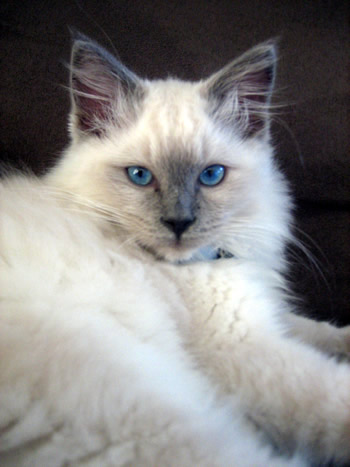 No doubt you’re
Hoping I’ll purr.
But I’m demure
And must demur.

I ran across this poem by Jorge Luis Borges, and it helps explain a bit of why I like cats so much—because they’re half wild, because they seem to remember things they can’t express, and because they seem to know themselves and like their own company so much. It’s an overused word, I suppose, but cats are just cool.

Mirrors are not more silent
nor the creeping dawn more secretive;
in the moonlight, you are that panther
we catch sight of from afar.
By the inexplicable workings of a divine law,
we look for you in vain;
More remote, even, than the Ganges or the setting sun,
yours is the solitude, yours the secret.
Your haunch allows the lingering
caress of my hand. You have accepted,
since that long forgotten past,
the love of the distrustful hand.
You belong to another time. You are lord
of a place bounded like a dream. 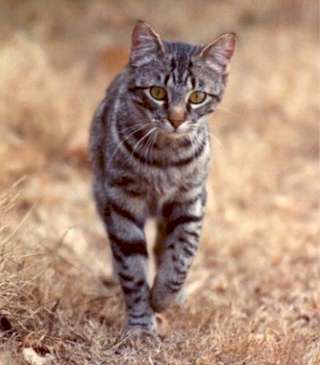 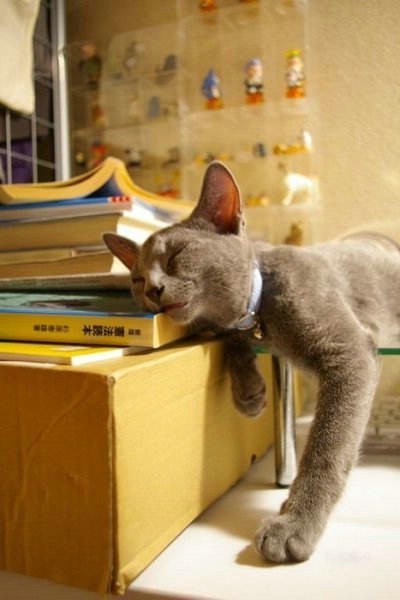 An Afternoon at the Beach

By Edgar Bowers (1924 – 2000)
I’ll go among the dead to see my friend.
The place I leave is beautiful: the sea
Repeats the winds’ far swell in its long sound,
And, there beside it, houses solemnly
Shine with the modest courage of the land,
While swimmers try the verge of what they see.
I cannot go, although I should pretend
Some final self whose phantom eye could see
Him who because he is not cannot change.
And yet the thought of going makes the sea,
The land, the swimmers, and myself seem strange,
Almost as strange as they will someday be. 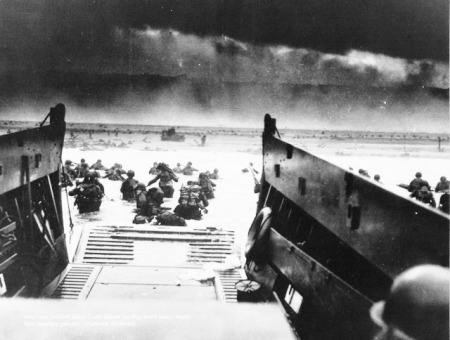 (published in The Sun Magazine, 2011)
by Brian Doyle

On West Stark Street,
In the City of Portland,
In the State of Oregon,

I tell you about your boy Jesus,
A thin man says to me one day.
Jew-boy. You people forget that.
He Jewish through and through.
His religion born a talking bush.
Come on now, the bush burning
And God talking out the bushes!
Come on now. Some guy dream
That one up, you know that true.
Come on now, Jesus saving you!
Come on, he long dead and gone.
He not save you from whatever.
Save you from truck hitting you?
I don’t think so. From the police?
I don’t think so. From the tax man?
Buddha not saving us all either,
Not Mohammed, not the Shiva,
Not Martin Luther King neither.
Man, no one save you. You save
You. That the way it always was,
That the way it always shall be.
This the part where I say amen.
You say it too, man, y’all say,
Amen, to that brother. Amen!

Today’s poem is one of my all-time favorites because, while he’s sad, the poet recognizes that he is better off without his “love” who only hurt him. He finds a way to deal with his grief by reasoning with himself that she was only a mean, selfish, conniving bitch anyway.

In looking for a “photo” (ha!) of Sir Thomas Wyatt, I learned some fascinating things about his life, including the fact that he was imprisoned for a time, accused of having an affair with Anne Boleyn. Gulp! Anyway, I’ll write another post about him sometime soon. For now, here’s the great poem and the photo:

Farewell Love and All Thy Laws Forever

Farewell love and all thy laws forever;
Thy baited hooks shall tangle me no more.
Senec and Plato call me from thy lore
To perfect wealth, my wit for to endeavour.
In blind error when I did persever,
Thy sharp repulse, that pricketh aye so sore,
Hath taught me to set in trifles no store
And scape forth, since liberty is lever.
Therefore farewell; go trouble younger hearts
And in me claim no more authority.
With idle youth go use thy property
And thereon spend thy many brittle darts,
For hitherto though I have lost all my time,
Me lusteth no lenger rotten boughs to climb. 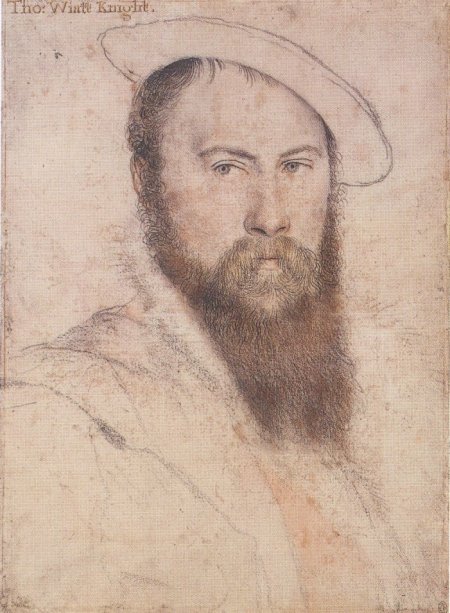